Latkes or Draniki is a Potato pancake in simple words. Fried Potato Pancakes, called Latkes in Yiddish and Levivot in Hebrew, are the most popular Hanukkah food. While traditional latkes are made from potatoes, today one can find many creative twists to the traditional latkes recipe. They include sweet potato, cauliflower, broccoli, leek, cheese and even tuna latkes.

Potato pancakes are shallow-fried pancakes of grated or ground potato, flour and egg, often flavored with grated onion or garlic and seasoning. Potato pancakes may be topped with a variety of condiments, ranging from the savory (such as sour cream or cottage cheese) to the sweet (such as apple sauce or sugar), or they may be served ungarnished. Potato pancakes are sometimes made from mashed potatoes to produce pancake-shaped croquettes. Potato pancakes are associated with cuisines of many European and Middle Eastern century-old traditions including Austrian, Belarusian (as draniki), Czech (as bramborák or cmunda), German (as Kartoffelpufferor Kartoffelpuffer), Hungarian (as tócsni and other names), Iranian, Jewish (as latkes or latkas, Latvian (as kartupeļu pankūkas), Lithuanian (as bulviniai blynai), Luxembourg (Gromperekichelcher), Polish (as placki ziemniaczane), Russian (as draniki, драники), Slovak (as nálečníky), Ukrainian (as deruny) and in Ireland as Boxty.

How I made them vegan or eggless but still tasty :).

Potato : 1 raw, peeled and finely grated
Onion : 2 tbsp peeled and grated
Salt to taste
Refined flour : 1 tbsp
Oil spray : to cover the bottom of the pan.
For original recipe, check the link given above.

Combine all the ingredients together.

Heat an anodized heavy bottom pan or griddle and grease it liberally with oil spray or cooking oil. Take handful of mixture in hands and gently pat it down on the pan. It should be flattish in height.

Grill it on bother sides till crisp and done. It takes approximately 2 minutes on each side. Grill it on medium heat.

Enjoy it warm with Sourcream or apple sauce :). 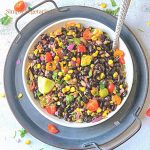 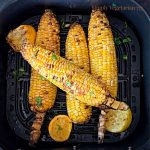