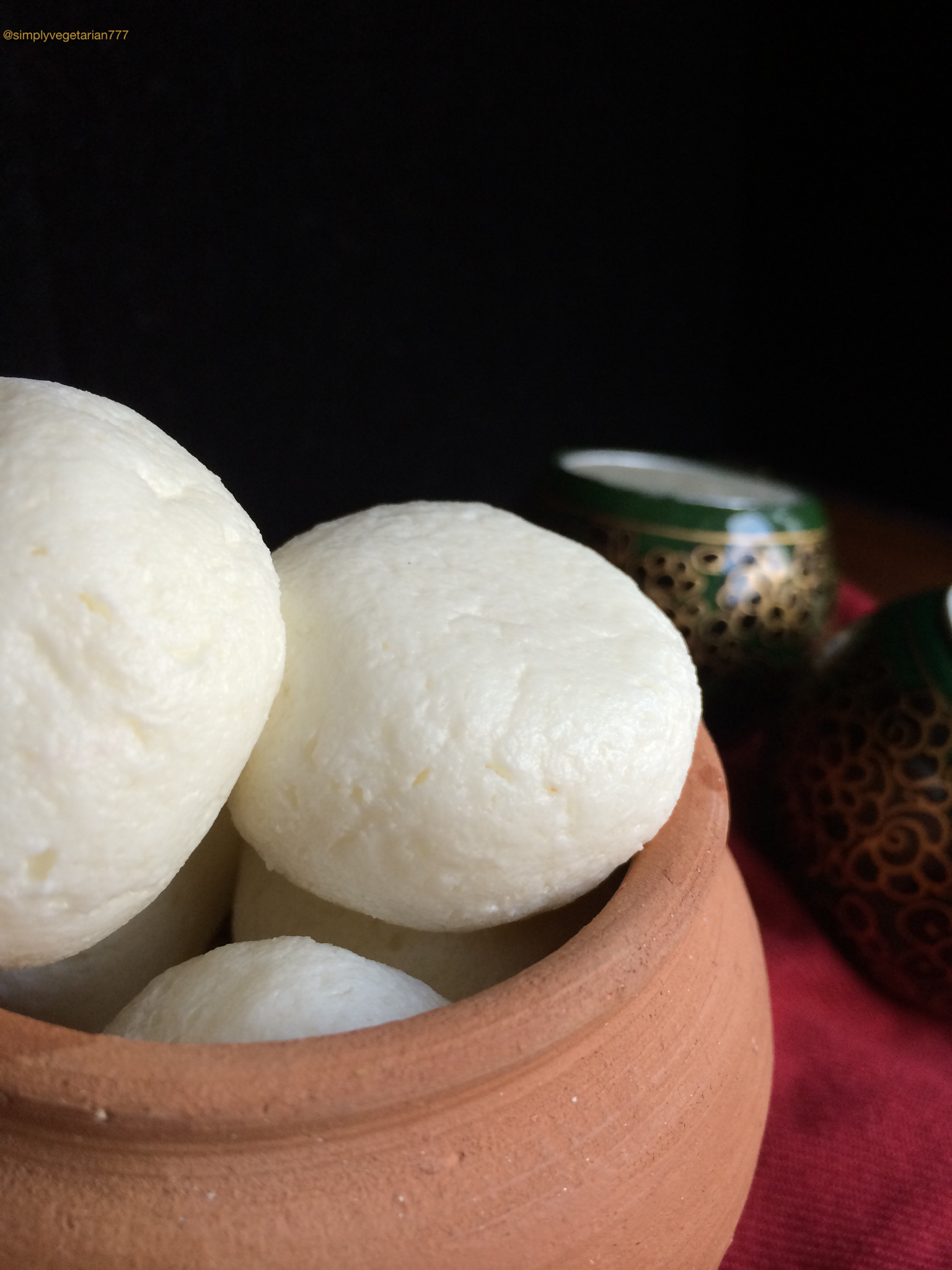 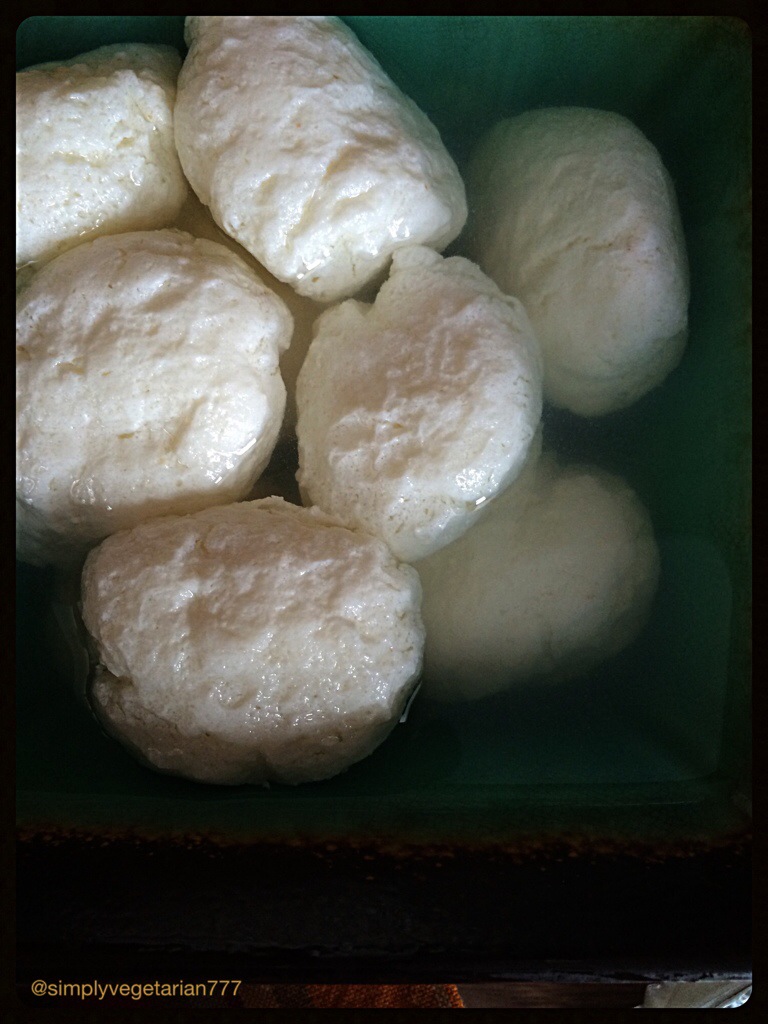 Rasgullas are white Indian cottage cheese paneer balls soaked in sugar syrup. An absolutely divine sweet! If I call it the Sweet of Gods, then I am not exaggerating. These are heavenly. If done right, nothing better than these beauties. Lightly sweetened in sugar syrup, flavored with rose water, plain and no other added flavor! That’s God’s Food for me. Squeeze and in the mouth in one complete bite. Chew it savoring each and every single swoosh of rose flavored syrup and it’s pure heaven ! Don’t forget to close your eyes when you enjoy this sweet. 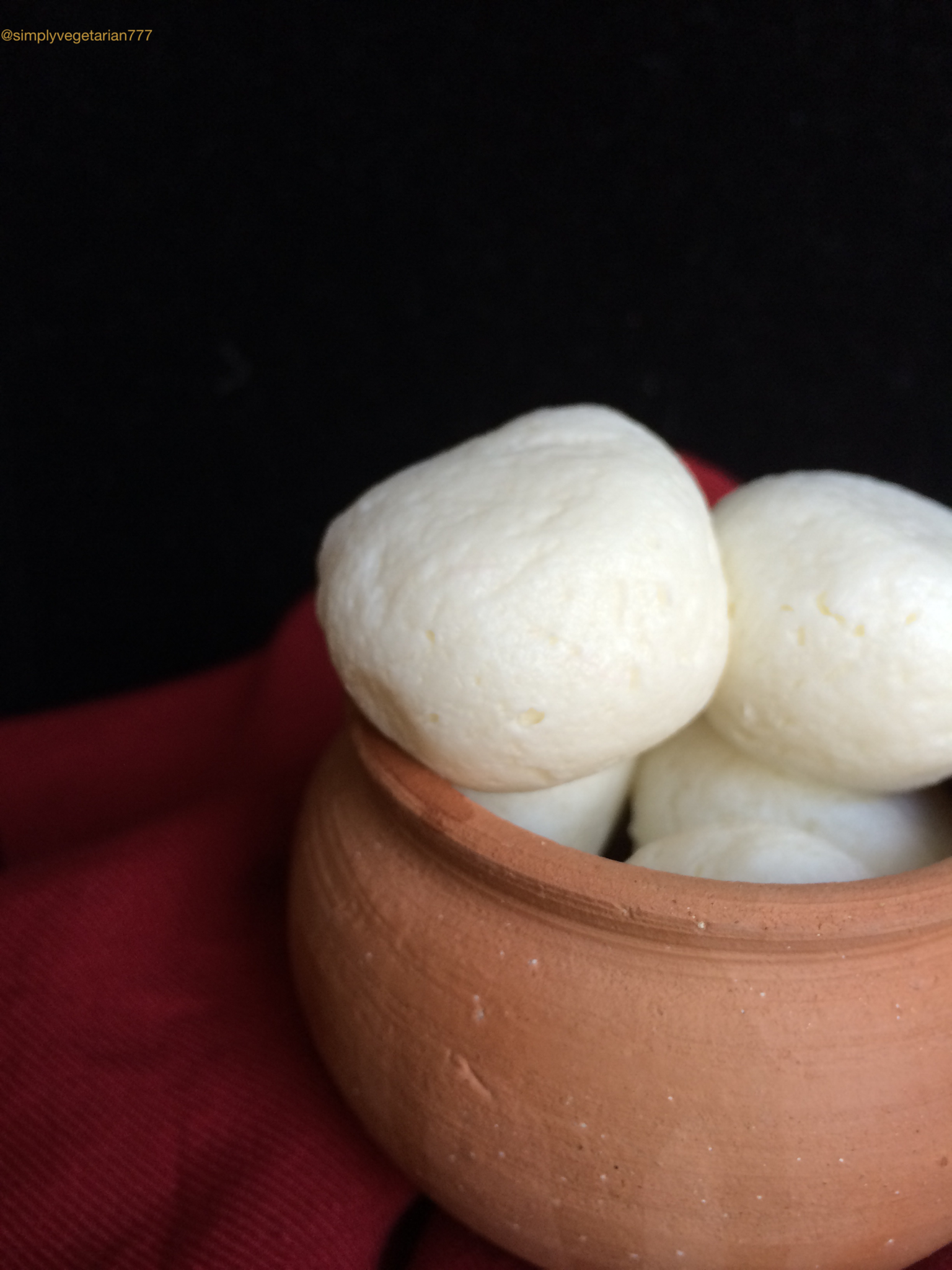 Rasmalai is an offspring of Rasgulla, more full bodied ;).. Lol! But delicious as errr heaven! Made the similar way as rasgulla but dunked in thickened and sweetened milk. Sounds interesting? I just lurveeeee Rasmalai . It can be made in plain thickened milk or milk flavored with kesar (saffron) and topped with the goodies :). I like kesar version. I am going to surprise you with an easy recipe of getting that danedaar and khurchi hui malai for the Rasmalai. That means the grainy texture in thickened milk without thickening it actually. Shortcut? 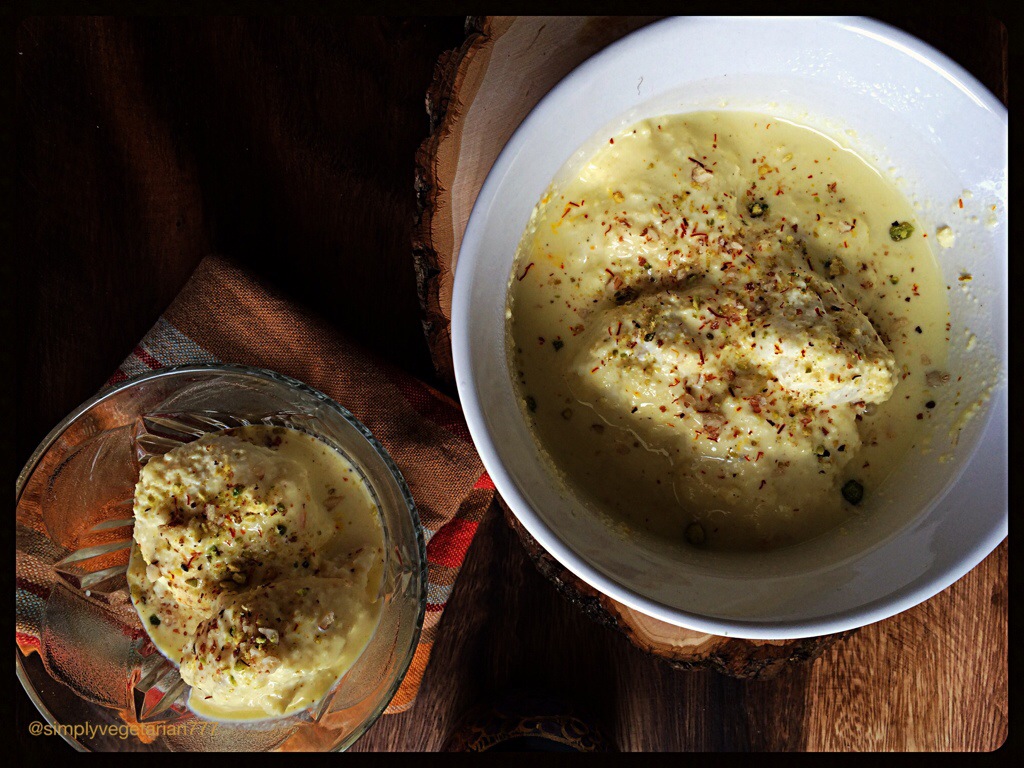 This is going to be a very long and difficult post for me! Just bear with me and ask questions if you don’t get any on my notes and tips. This is not my recipe but adapted from Shailja, Nisha and Garima. I am just adding my notes for the readers who live in USA and would like to try making it at home. So let’s start the ride! 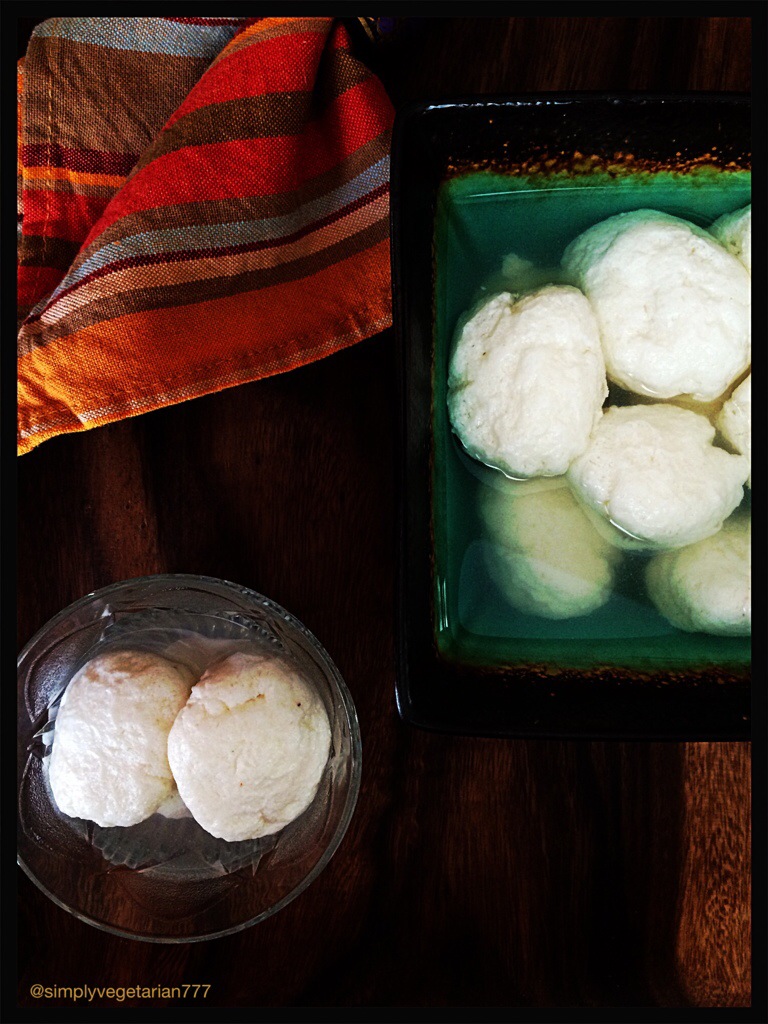 For the Rasgullas you need

For the Rasgullas you need

Bring the milk to boil, add 5-6 tbsp lemon juice gradually so that the milk mass and whey separate completely. Add 10-15 ice cubes. Rest for a minute. 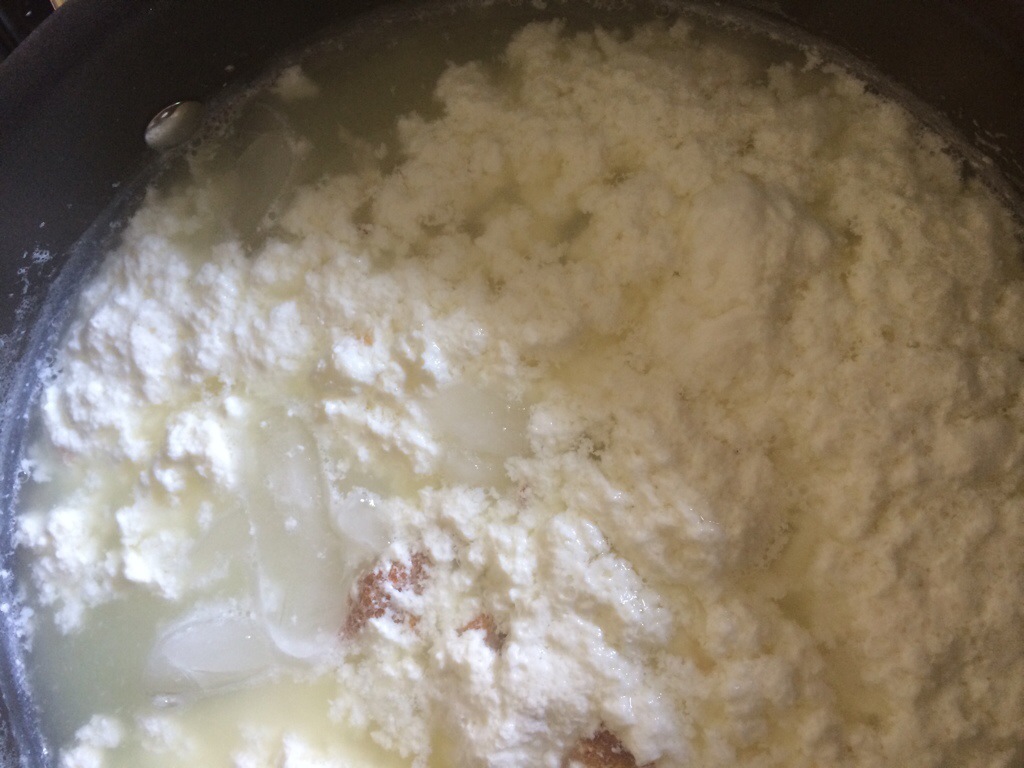 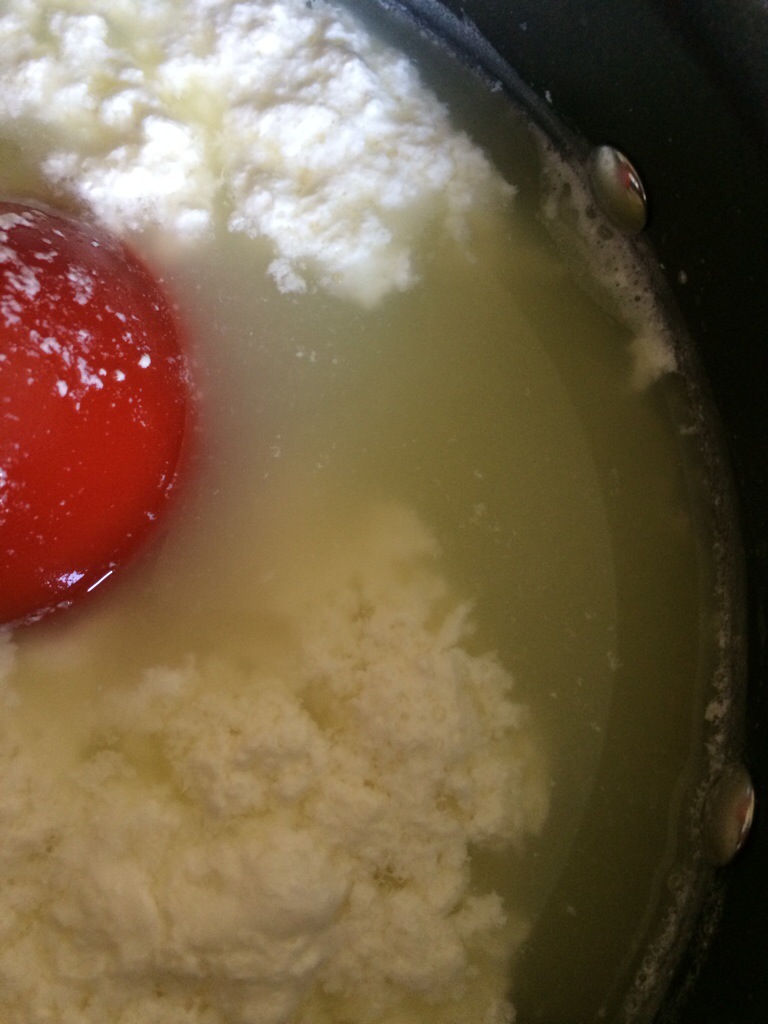 Strain in a colander lined with muslin/cheesecloth. Wash thoroughly with fresh water to remove the lemony sourness. Drain the water by squeezing. Knot the muslin cloth and put it in a colander or sieve in sink and put a big jar of water or any heavy object to squeeze the water out completely. 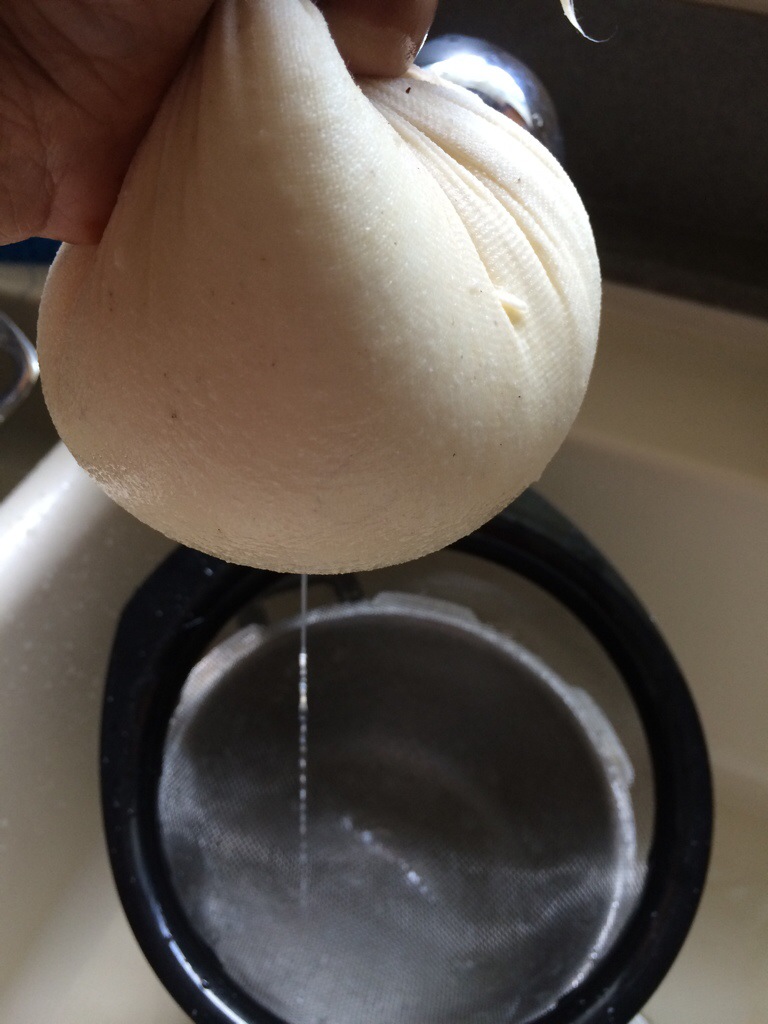 After about 10-15 minutes, remove the Chhena from muslin cloth. This is how Chhena / Paneer will look after pressing. It should be crumbly after pressing out all the water from it . Do try to achieve more dry texture. 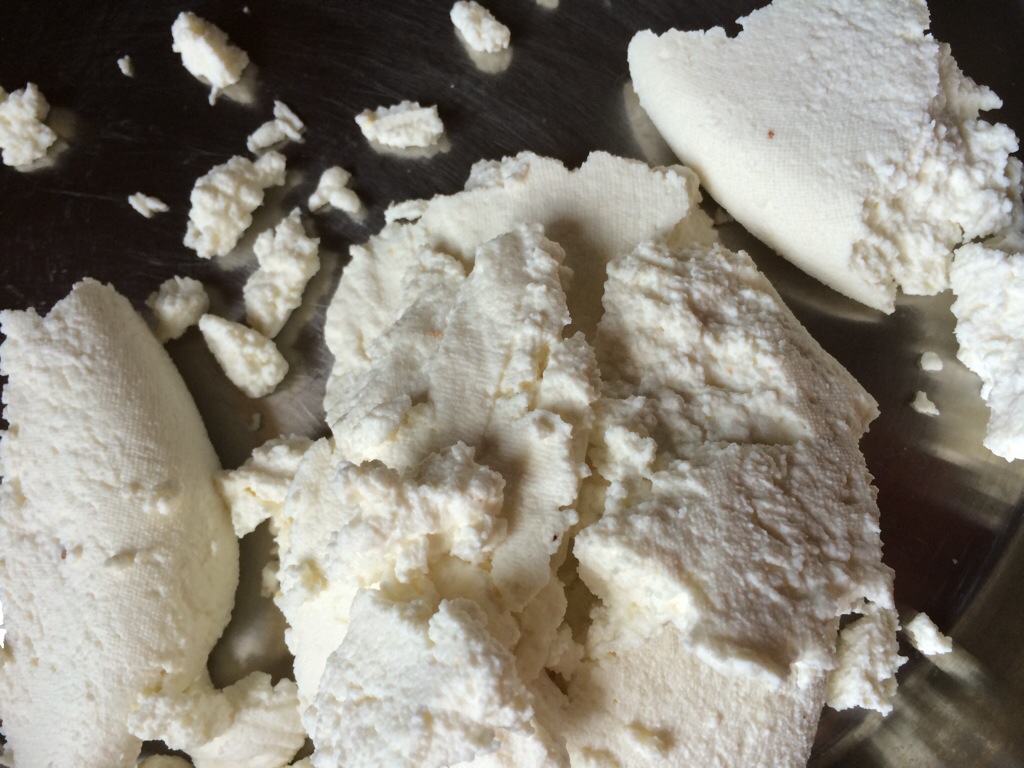 2. Take the food processor and add the Chhena to it. Pulse it for 5-7 minutes till it comes together in a dough. It’s not a tough dough but pinchable.

Take pinches off the dough and make small balls, you should get about 15-20 balls. Gently roll them between your hands, leaving no cracks.
Remember, they are going to double up on boiling so size them accordingly.

Prepping the Sugar Syrup and Boiling the Rasgullas!

This is what you need to do for the Light Sugar Syrup to boil the rasgullas ! Boil 1 cup Sugar in 5 cups Water on a deep big pan. Once it is on rolling boil, drop the rasgulla balls gently in the boiling syrup water and boil covered for 12- 15 minutes on medium flame. These swell up more than double their size so the pan needs to be really big. Don’t over crows the pan. If necessary then boil in 2 batches. 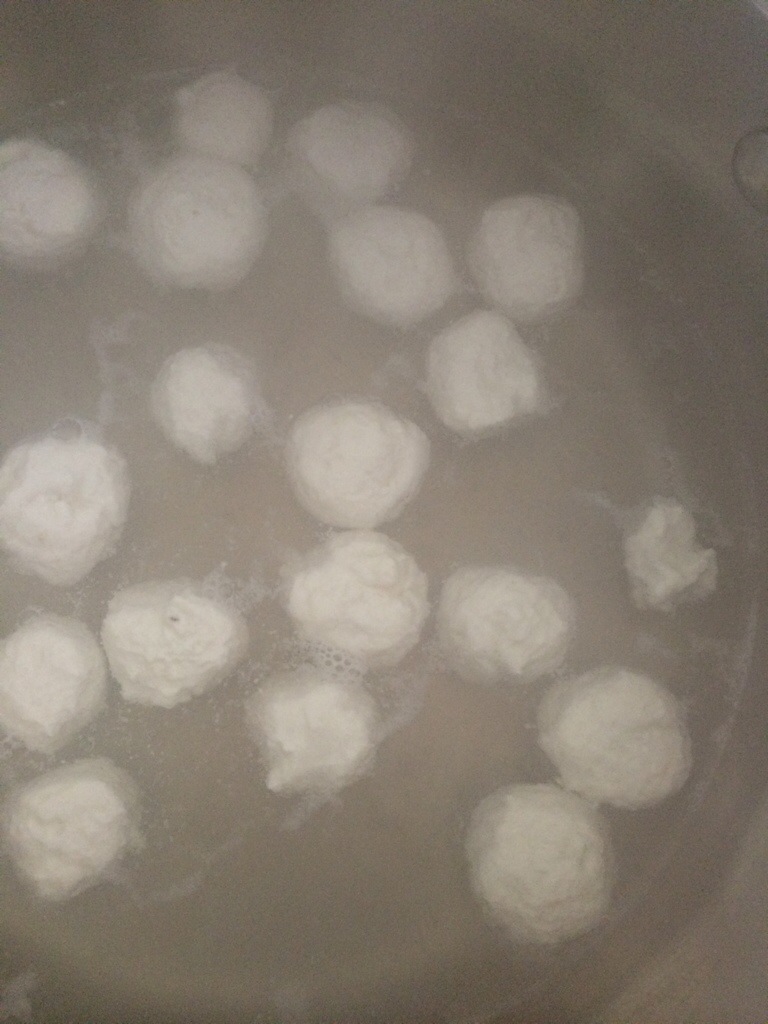 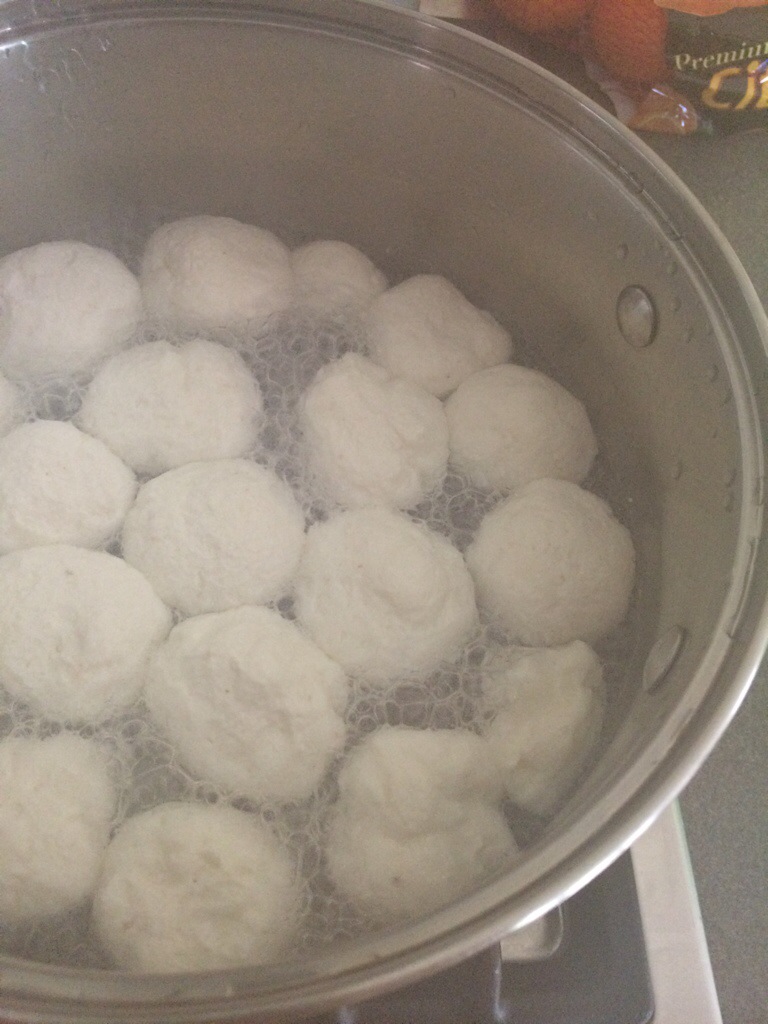 Drop one in plain drinking water. If it sinks, it is done. If it flaots, boil for a couple of minutes and check again.
Switch off the gas. Transfer gently to a big bowl full of clean drinking water. There should be enough water for the paneer balls else they might lose their shape. 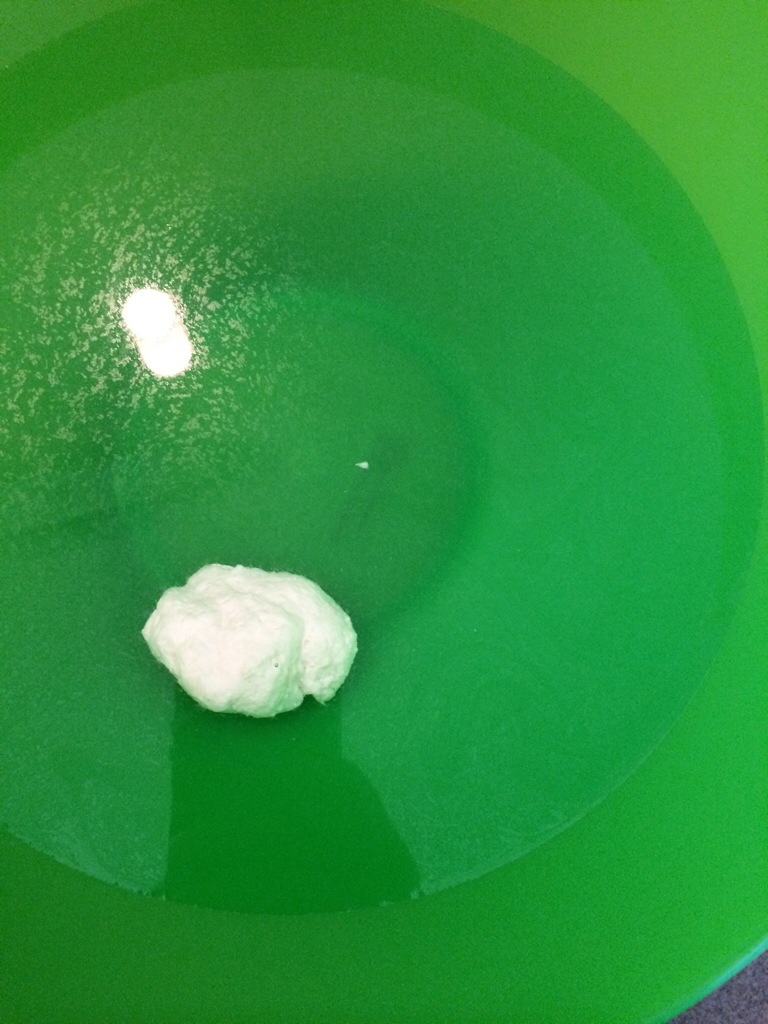 Testing in water for Doneness

The Cooked Cheese ball settled at the bottom of the cold water. It is done! 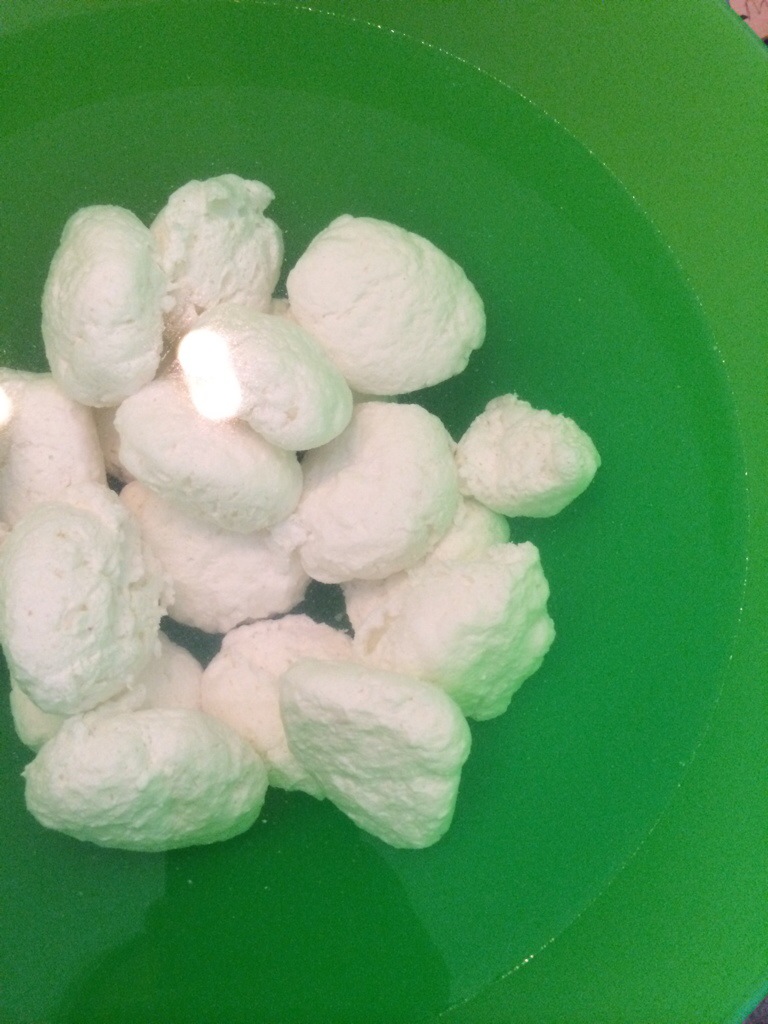 Testing in water for Doneness

The cooked Cheese Balls resting in the water which is at room temperature.

For adding to the Light sugar syrup after boiling the rasgullas later after the first boil.

Now the final Sugar Bath for Rasgullas
Add 1/2 cup sugar and 1/2 a cup of water to the same light sugar syrup in which the rasgullas were boiled and give it a boil so that the sugar melts. Switch off the gas. Let the sugar syrup cool down to room temperature.

Remove the rasgullas from the plain water, squeeze gently and drop into the sugar syrup. Add 1/2 tsp of rose water for that heavenly flavor and aroma.

I prepared the Rasgullas with the above recipe and it gave me around 18-20 Rasgullas. I followed the recipe as is till the first Sugar syrup boiling, cooking in it for 10-12 minutes and then resting them in room temperature water. I divided half of them for Rasgullas and half for the Rasmalais. This cream recipe is good for 8-10 Rasmalais.

My recipe clicks in after this! I was making rasgullas so thought of making some Rasmalai with the same base.

Enjoy making these at home. 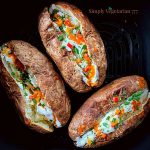 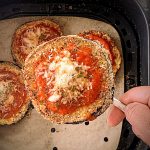