This Instant Pot Gobhi Tikka Masala made with Muir Glen Canned Tomatoes is the most flavorful recipe for the Tikka Masala Lovers. It is relished best when served with hot naan and rice on the side.

This post has been sponsored by Muir Glen in partnership with TheFeedfeed. All opinions are mine alone. #ad #MyMuirGlen #feedfeed 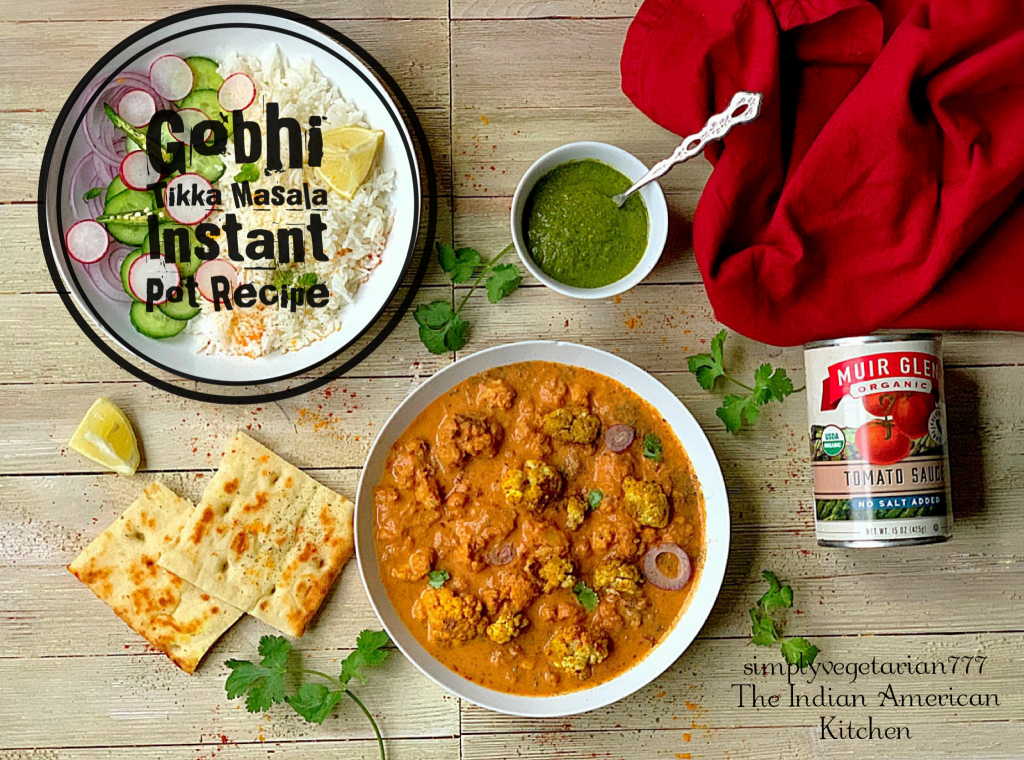 Tikka Masala is one of the most loved Curry from the Indian Cuisine. This creamy rich sauce that is slightly sweet with a little bit of heat is a curry to get hooked on.

The aroma of the Rich Tikka Masala is tantalizing. It truly is one of the sensuous sauces from Indian Food Heritage.

If you are wondering what is Gobhi? Then, my dear friends, Gobhi is our humble Cauliflower.

Instant Pot Gobhi Tikka Masala is a perfect recipe that makes your life creamy and exotic, even on busy weeknights. It is made possible only with the use of Muir Glen Organic Tomatoes (canned) cooked in Instant Pot.

Give me a bowl of this Vegetarian Tikka Masala along with some Naan & Rice, I will lick it clean with no drop left. Yes, no kidding. It is that addictive.

Do not ask me what happens later after swiping the curry clean. It is a journey to take on your own and experience the complete curry bliss. 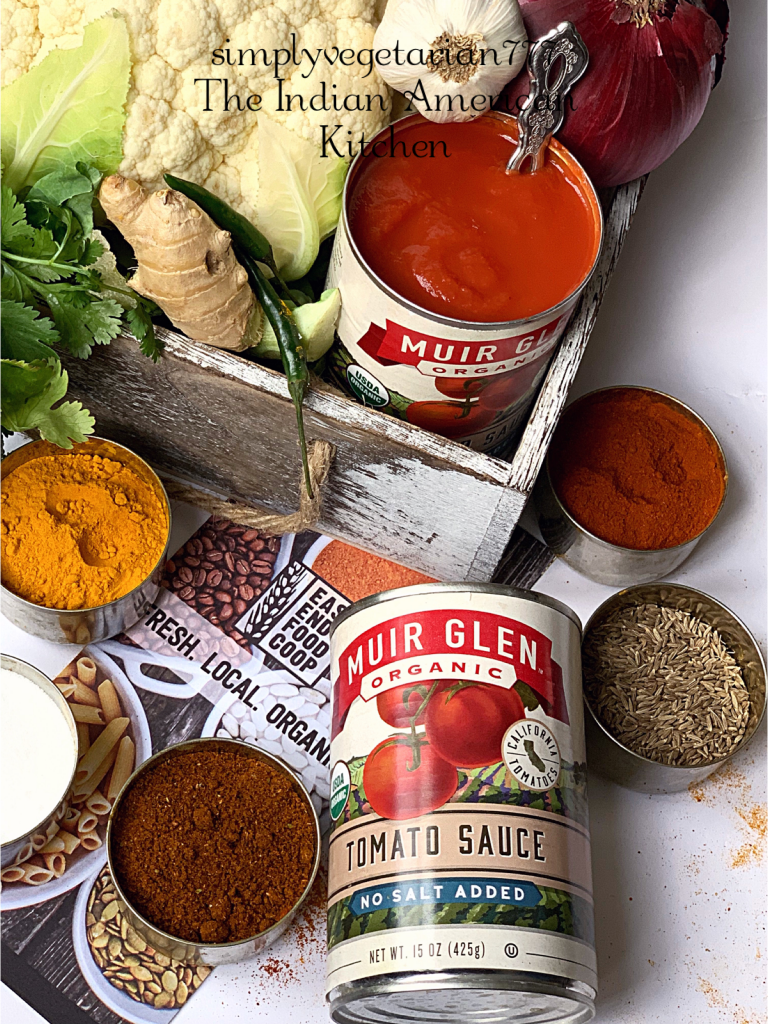 Making curry is not a joke. It is a child of love and patience. Thanks to Muir Glen Organic Tomatoes, it has become convenient to make this Tikka Masala Sauce at home.

Hands down, Muir Glen brings the best tomatoes to your kitchen. Grown organically in the rich soils of California, texture, and freshness of these lush tomatoes is well preserved in the packaging.

It is pretty evident as soon as you open the can, that fresh sweet tomato smell envelopes you immediately. 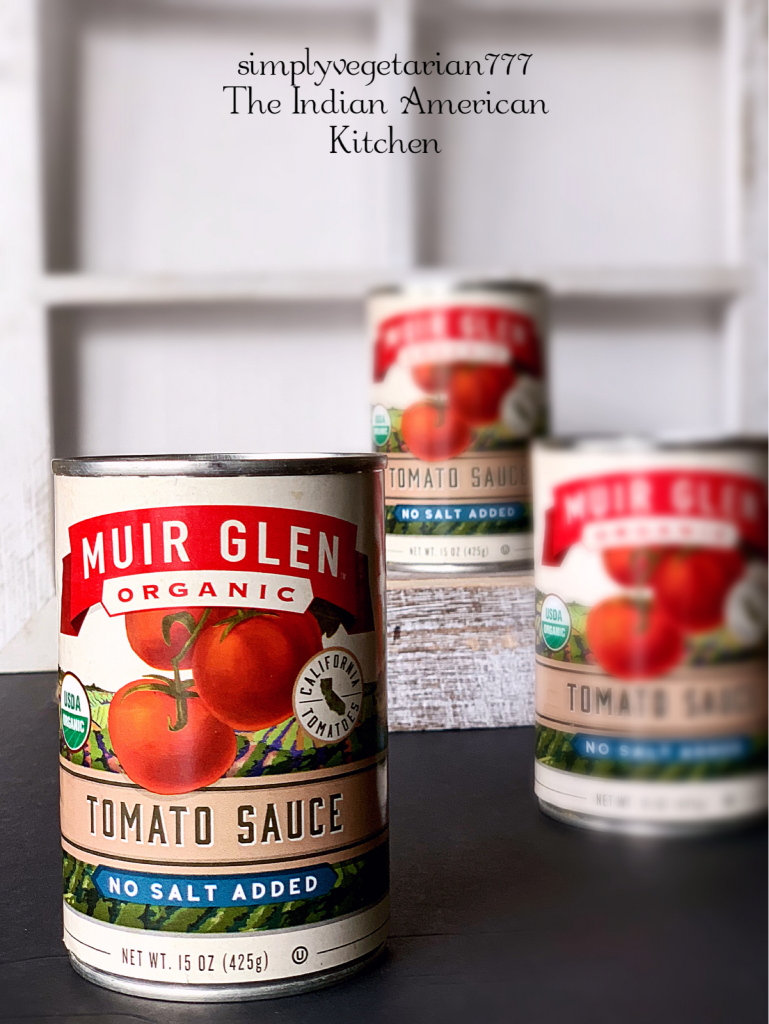 Our local East End Food Co-Op in Pittsburgh is a great place to shop that supports the Muir Glen concept of farming and giving back to the farmers as well. Both the organizations support the local and organic. Follow our Instagram stories and posts for the virtual tour of the East End Co-op.

It is amazing to see how few well-chosen quality ingredients can create a classic dish with so much ease. When the ingredients are bought from your local Co-Op Grocery Store, it creates more impact.

What is a Food Co-Op?

A Food Co-op is a voluntary organization which has democratic owner control.

It is autonomous and independent cooperation among the cooperatives. Anyone can have economic participation in a co-op.

The food co-op runs the education, training, and information programs in the community generating awareness about the local farmers and their produce.

It supports the community by making charitable donations. Whatever surplus funds they generate, it is given back to the community. 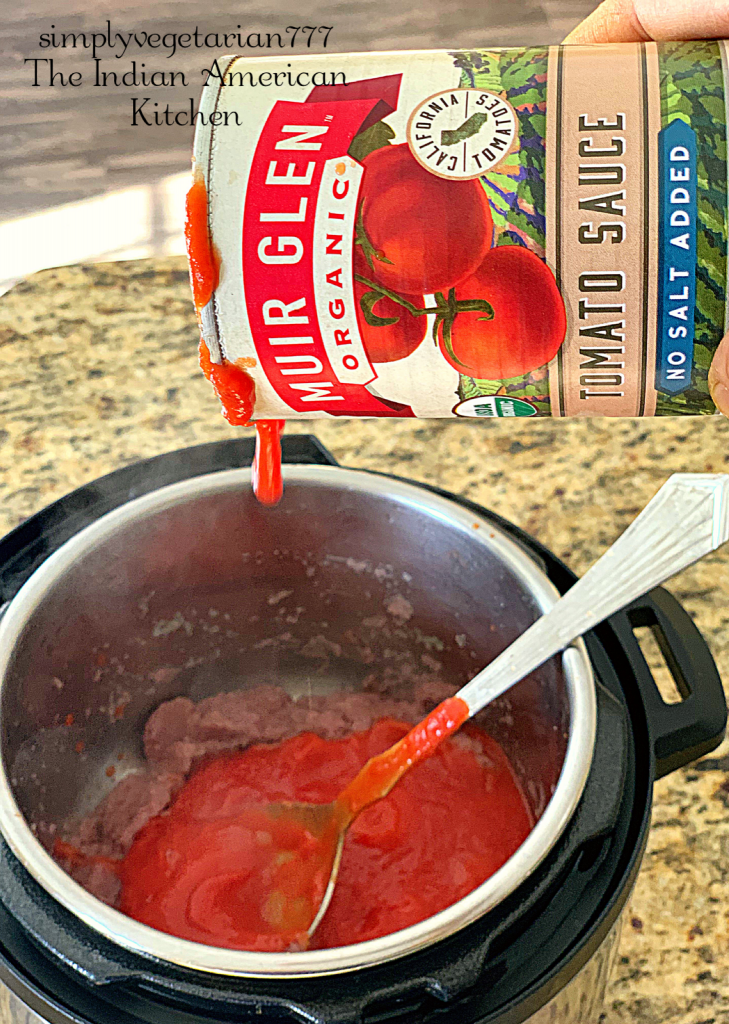 The recipe uses just a handful of quality ingredients. Get the shopping list below – 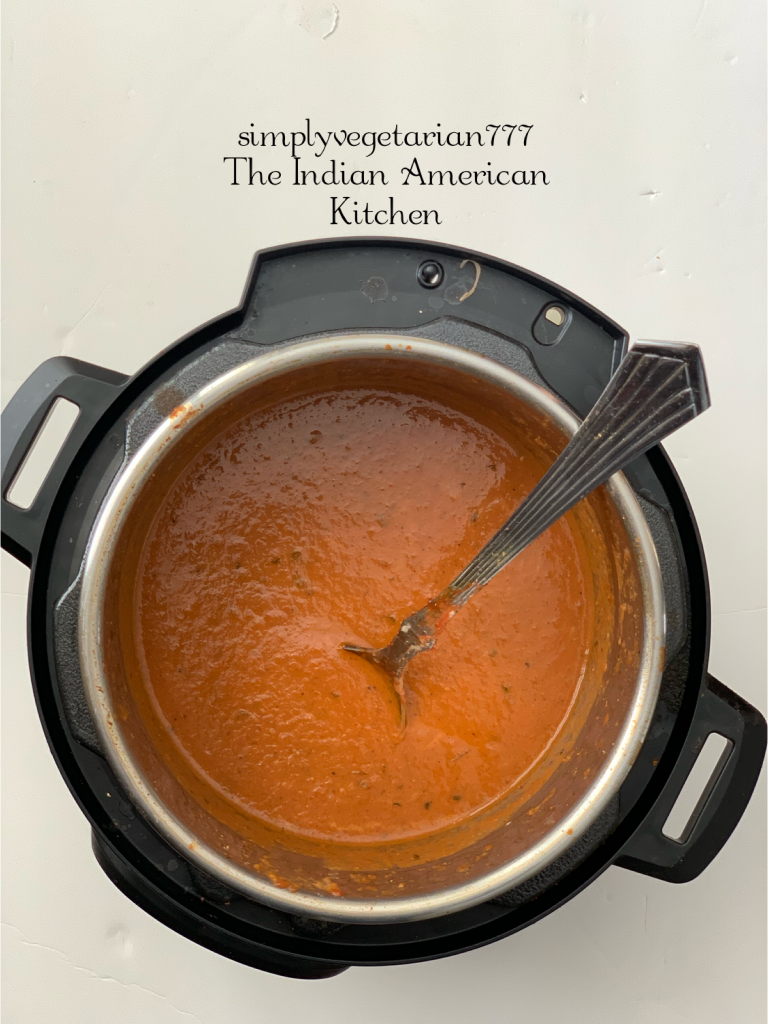 Can I make Vegan Tikka Masala?

Absolutely yes you can. Swap the Heavy cream with either Coconut Cream or Cashew Cream and you have Vegan Gobhi Tikka Masala ready.

Coconut Cream is easily available at the stores.

How to make Cashew Cream at home – Soak 1/2 cup Cashews in warm water for 30 minutes. Drain the water. Blend it into a cream-like texture with some water or plant-based milk. Use this to substitute Heavy cream in the recipe. 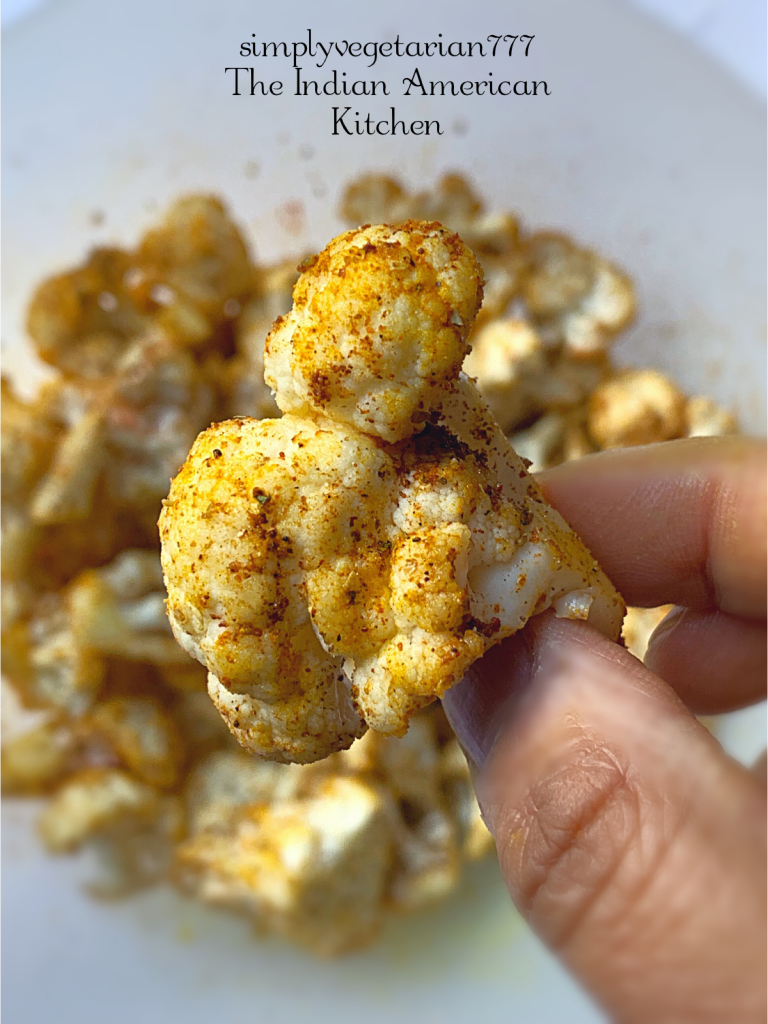 Since my family loves it so much, here are my top favorite reasons to make this Tikka Masala in Instant Pot at home-

How can I personalize Gobhi Tikka Masala?

Since you can prepare the Vegetarian or Vegan Gluten-free TIKKA MASALA sauce in advance, it can be personalized as suggested below. 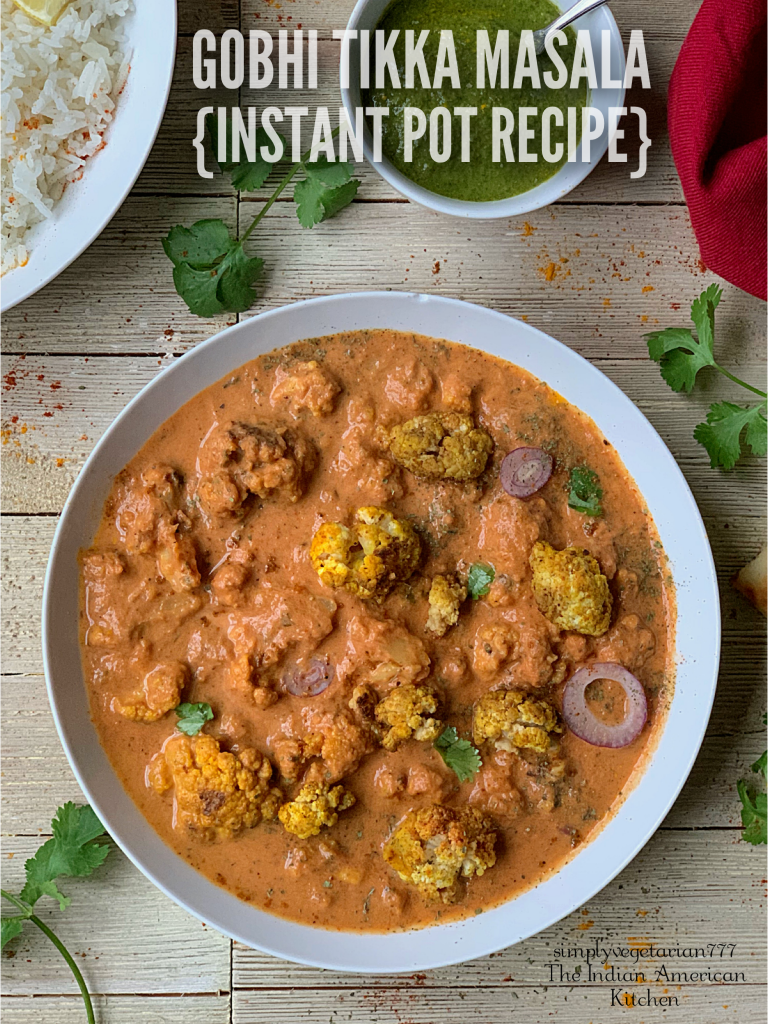 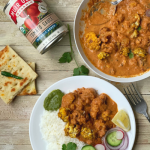 I am sure you will be trying this recipe soon. When you try it, please leave your feedback under comments.

In my kitchen, you will always Eat Happy & Stay Happy. 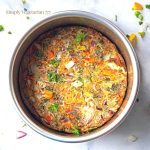 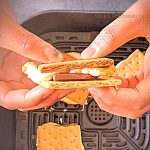