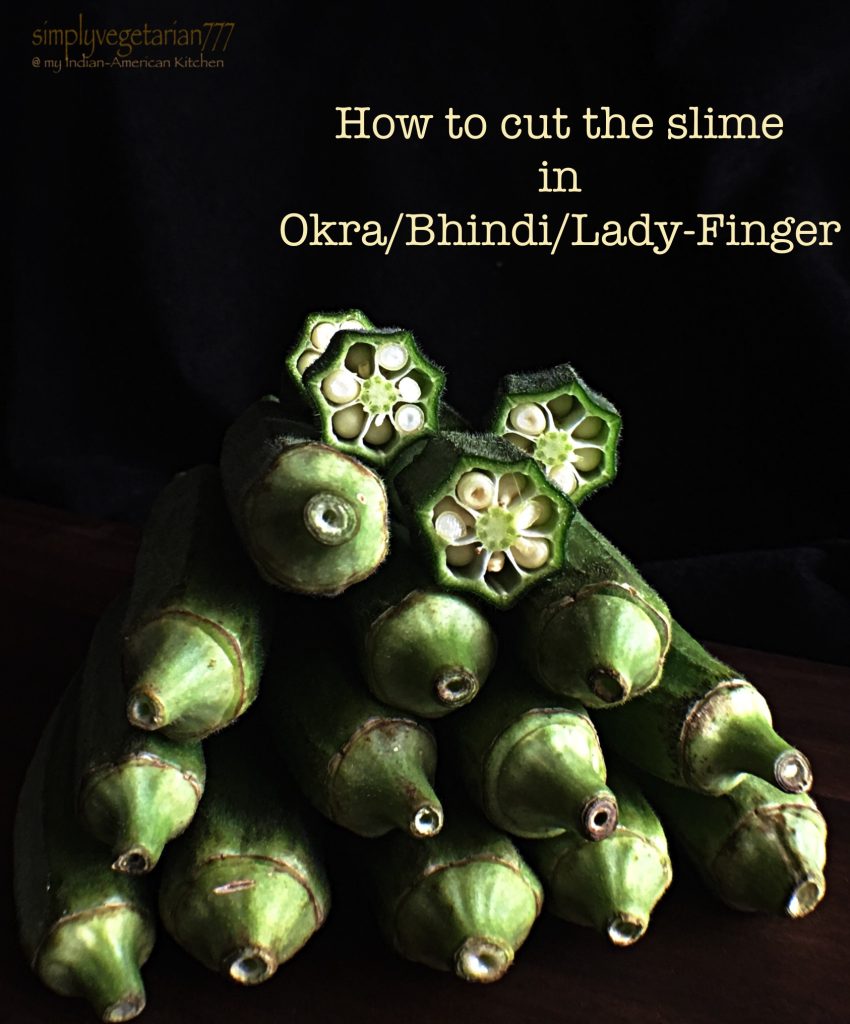 How to cut the slime in Bhindi /Okra/ Lady Finger is the hot and buzzing search word on my blog these days. Isn’t that crazy? I think I know the reason. Earlier, I had tagged few of the Bhindi recipes with the title since I did explain the topic in short in those posts.

How to cut the slime in Bhindi /Okra/ Lady Finger needed to be blogged separately with that kind of demand.

Bhindi is also known as Okra in American English and Lady Finger in Indian & British English. It is a produce that is much used in Indian cuisine, Cajun & Carribean cuisine and Southern American cuisine.

Ask me why they hate cooking with okra? It is because of its Slimy Nature. The plant and its fruit contain mucilage, which is the same thing you’ll find in aloe vera plants. When you apply heat, the slime just comes out more. But there actually are a few techniques for reducing all that sliminess, that is if you’re willing to give it a try. Believe me, I use few of these techniques myself, depending upon how much time I have in hand.

Here are some recipes that I have blogged so far with BHINDI – Bhindi do Pyaaza , Bharwaa Bhindi, Tawa Fry and Bhindi Masala . 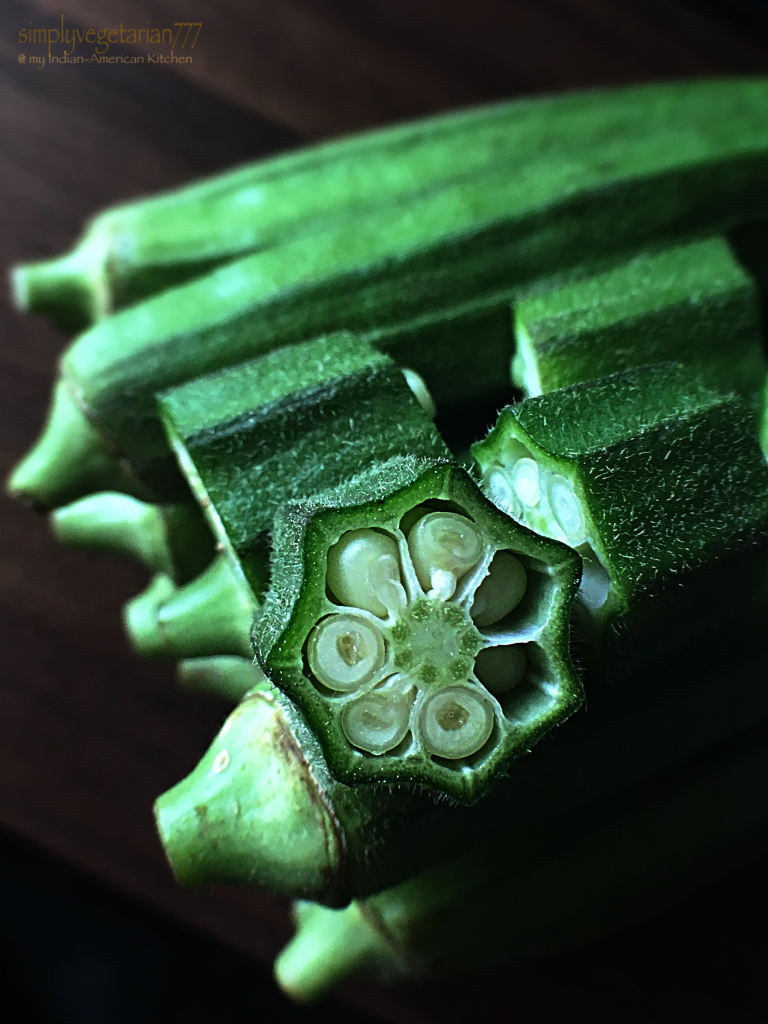 It is always advisable to choose the right kind of okra. Try to pick the smaller Bhindi which looks very green and tender. The brown or blemished okra is of no good. While cutting the okra, the knife should move smoothly without making any noise. If the knife makes any scratchy itchy noise, then discard that okra. It is woody in texture and too fibrous to eat.

Temperature of the “ready to cook” Bhindi/Okra matters

Always use the Bhindi which is at the room temperature. Do not cut the Bhindi / okra immediately after taking out of the refrigerator.

It is very important to wash the okra thoroughly. After washing, it needs to be dried completely before using. Contact with Water triggers more slime. Few methods to drying the Bhindi/Okra –

Type and Size of the Pan used to cook Bhindi/Okra

Always use a heavy bottom pan. A good quality non stick pan or a hard anodized pan (I use it all the time) is a good option too. Make sure that the pan is large to hold all the okra. Do not over crowd the okra while cooking. Over crowding will lead to producing more slime, because it gets steamed under each other then.

Temperature and Method to cook the Bhindi/Okra/Ladyfinger

It is recommended to cook the okra on high heat. Stir often. Grease your cooking pan liberally. Always cook okra  in the pan without lid. It doesn’t need any steam formation to soften it.

The Indian cuisine normally uses 2 kinds of cuts in making Sabzi/curry. Either they are cut into thin roundles or they are cut lengthwise into fine longs. Though the experts say to avoid cutting okra too much to avoid the slime, but Indian cooking is an exception. After drying out my cut okra, when I cook it in pan, I use an acid medium to make sure that there is absolutely no slime in the okra. Few ingredients to use as an acid medium are – Amchur/Dry Raw Mango Powder or Lemon or Lime. Many people cook it with tomatoes also for the same reason. I have never cooked tomatoes with Bhindi though.

Some Nutritional FAQs about Bhindi/Okra/Ladyfinger

It is a beneficial vegetable that contains high amounts of vitamin C, calcium and fiber, Folate and Vitamin K. Not to mention, it’s low in calories.

Okra is known for harnessing a superior fiber, which helps with digestion, stabilizes blood sugar, and helps to control the rate at which sugar is absorbed. Therefore, it is really good for diabetes management.

It is recommended vegetable to be consumed to promote healthy pregnancy.

Even small quantities of okra in diet help in controlling asthama symptoms.

Do let me know how you eliminate the slime in the okra. More information shared is always beneficial for all. 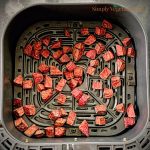 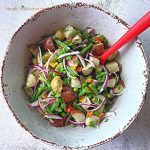